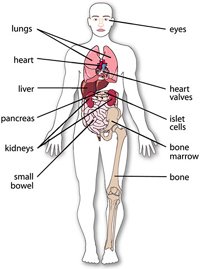 Body organs can send status updates to your phone

Now you can deliver stuff to cellphones with more body parts than your ten fingers. Thanks to the Human++ BAN (wireless body area network), the researchers at the Dutch facility, IMEC, managed to reproduce some astounding results with their latest discovery. Body parts became capable of sending updates to your phone. They managed this by converting IMEC’s ultra-low-power electrocardiogram sensors into wireless nodes. This happened in a short-range network, where physiological data was sent to the patient’s phone. The data can later be relayed to a doctor using other wireless techniques, for observation.

What’s really intriguing is that an alarm is sounded, should anything seem out of place in the readings. BANs can have various uses in both, control and precaution of diseases.
Textually