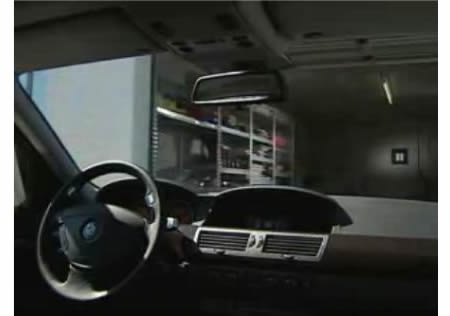 BMW self parks in your garage

There is still some time before the BMW Auto Park which finds a parking space and parks automatically becomes a reality. German Auto giant BMW recently showcased a new parking technology in its Munich headquarters. Unlike most automated parking systems which require the driver to remain the car, this system is triggered by a button on the car’s keys. However this system wont just work anywhere as you need to place a reflective lens against the wall of at the head of the parking space, which is used by a miniature video camera on the car’s front windshield to park the car automatically. Most of the part the system uses are already contained in the latest 7-series, BMW says the technology will be available in the next 3 years.
(Video after the jump)

The big question is would you trust anyone but yourself to park your precious Beamer.
Wiredmag via Engadget