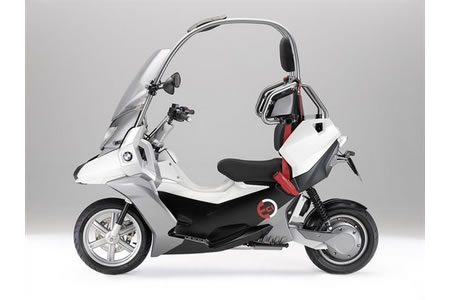 BMW has totally decked up their original version of the C1 that they had released in 2000. That model didn’t do too good and had to be shut down by 2002 from the production houses. However, with the C1-E in town we can expect a hell lot more as compared to the last venture by the company. This one’s armed with a 0-emmission electric engine using a 125V plug-in Li-ion battery, the roof (from last time), 27 ponies to chug along and a tall claim of climbing from stop to 80kmph in just 7 seconds. It tops at 100kmph.

It takes a lot of guts for a company to resurrect something that was scrapped nearly a decade years ago. Well, let’s hope the BMW C1-E doesn’t make everyone wear helmets anymore.