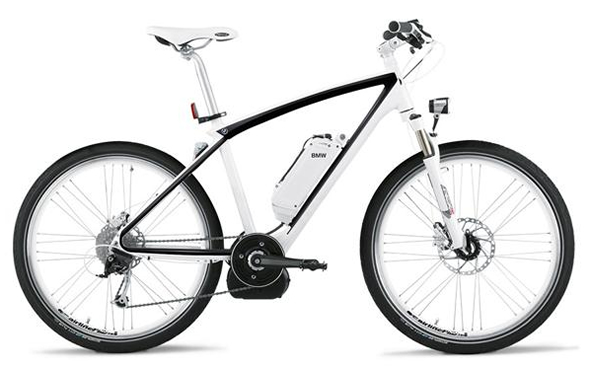 BMW are pedaling some interesting new wheels among us. The latest being the Cruise e-bike. Powered with a 250-watt electric motor, the bicycle is capable of cruising at speeds of up to 25 km/h. It can go on for 85 kilometers thanks to the lithium ion battery placed below the bracket, aiding the rider along the way, rather than completely powering it up. The bike weighs a surprising 24 kg. It offers four riding modes, namely Eco Tour, Sport or Speed/Turbo. It also packs an on-board computer that offers data on battery level and speed. These are so convenient to the rider that the torque sensors immediately detect strain by the driver and come to his aid while the disc brakes help in immediate braking.


BMW will launch the cruise with only a thousand units in Germany. The price is most likely to be sky rockets as against your regular off-road bicycles.