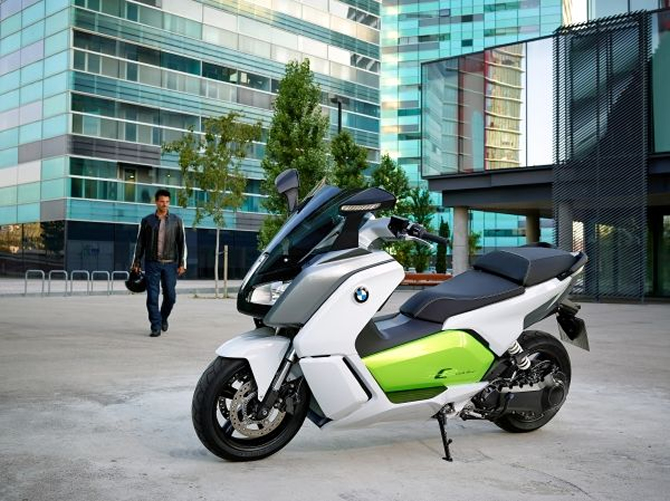 BMW C Evolution Electric Scooter to debut in Europe in 2014

BMW are taking the green train quite seriously and with the becoming of the C Evolution Electric Scooter, we see that they’re taking it on two wheels as well. This tails the i8 plug-in hybrid and i3 electric car, which in their own right vouch for eco-friendly transportation. The scooter in question here will soon be riding the assembly line and will be positioned as a “visionary vehicle concept offering maximum everyday practicality and an inspirational design,” according to BMW. The C Evolution is powered by a drive-train swing arm with liquid-cooled permanent magnet synchronous motor via a toothed belt and ring gearing. The rated power output of the bike is 11 kW (15 hp), with a peak output of 35 kW (47 hp). This is enough to hit a top speed of 120 km/h (75 mph). The motor is powered by an 8 kWh lithium-ion battery.


The C Evolution scooter can easily run 62 miles on a single charge. A domestic supply source is enough to give it life. Plugging it into a standard 220V domestic socket with a 12A charge current will have the scooter fully charged from empty takes in around 4 hours. It will be available in Europe next year for an as yet undisclosed price.