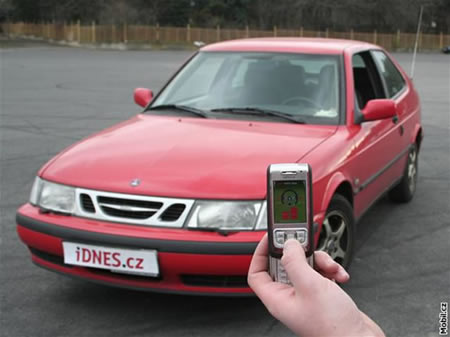 After the submarine transforming Lotus Espirit from ‘The Spy who loved me’ my favourite Bondmobile was the cellphone controlled BMW 750il used by Pierce Brosnan in ‘Tomorrow never dies’. The mobile operated car is a reality as the geeks over at iDnez.cz modified a car so it can be controlled via Bluetooth. After this it is very simple actually just install a simple Series 60 application on your Nokia phone, and the screen shows a simple steering wheel and brake / accelerator controls which are mapped to two keys. Switch on Bluetooth and voila you can drive the car with one hand.

In the Bond flick a camera was attached to the car which streamed video to the mobile phone allowing 007 to remote operate the car without looking at it. All this is way out of reach of plain Bluetooth which has a range of mere 40 feet maybe Bluetooth ver 3.0 will turn Bond fantasies into reality.
Check out the video. 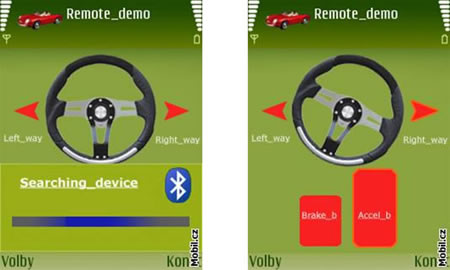