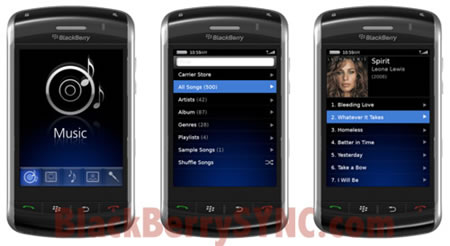 Those in the dark about how does the BlackBerry Thunder look, here are some shots for you to consider. As you can see, it runs on OS 4.7 and is also known as the BlackBerry 9500. The user interface is quite similar to the iPhone, while the media player is already up and running. Other confirmed specs include a 360 x 480 touch sensitive display.
Source