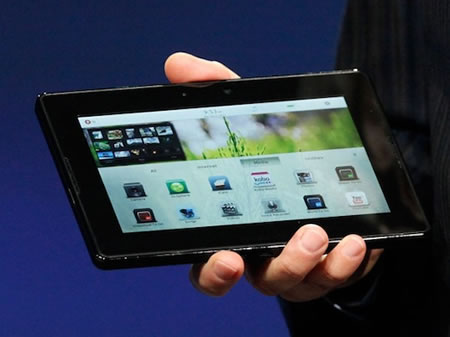 The much awaited Blackberry Playbook is finally available across a vast array of stores in the US and Canada. But before you head over to the local Best Buy read this – basic productivity apps like native email and calendar aren’t yet available, Android app compatibility hasn’t yet been rolled out, and the PlayBook has an unfavorable dependency on having a BlackBerry smartphone nearby in order to be the best tablet it can be..
The Playbook is currently available for $500 (16GB version), $600 (32GB version) and $700 (64GB version). Prices are the same in both US and Canadian dollars.
[Engadget]