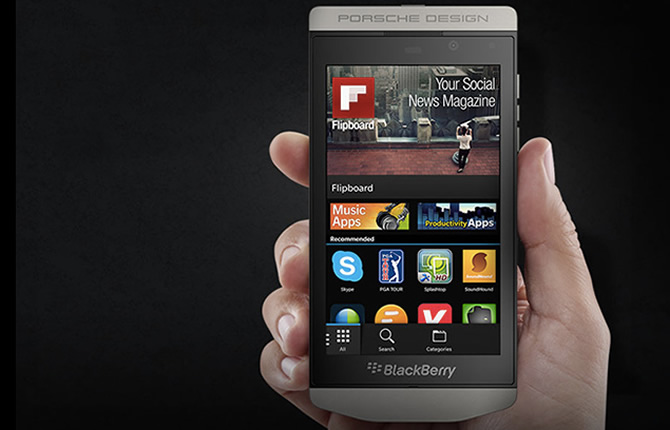 Just when you think that the BlackBerry is really starting to get serious about delivering on a better device and OS they pull a totally ‘OMG’ announcement out of the hat like this, the P’9982 Porsche Design edition Z10. The guys down at Porsche Design seem to have a soft spot for this particular phone maker and so even while BlackBerry is working their way up from its recent slide, they though it necessary to launch such an extravagant variant of a device that isn’t selling too well as it is. As if the price of the new devices weren’t high enough already.


The special edition Z10 aka the P’9982, is constructed of stainless steel and Italian leather, which will be available in a variety of color options. The weird part is that the link that was supposed to direct you to a page selling additional leather covers, was reported to initially take users to a page showcasing iPhone cases. The P’9982 will feature what they’re saying is a “unique” BBM PIN that’s been designed to make users “instantly recognizable.” Internal storage of this edition of the Z10 has been increased to 64GB. Other specifications like the 1.5GHz dual-core processor, display size and resolution, 2GB if RAM etc. remain unchanged. This new variant of the Z10 is set to hit London’s upmarket department stores on November 25th which would include the Carphone Warehouse stands in Selfridges. The price, a whopping $2,250 (£1,400). The question is, if BB had to serious reduce the price in some locations in order for the handset to sell, what will the market reaction be to this slightly exclusive but significantly expensive version that does pretty much the same as the original, be?