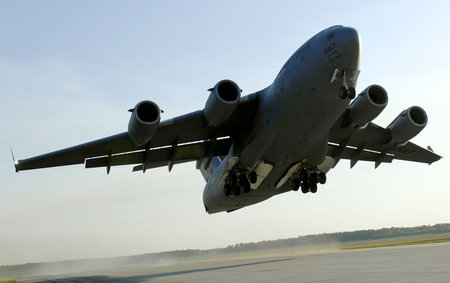 We wouldn’t bank on the military taking any chances with compromise, on their obscenely brutal elements of combat. However, the C-17 Globemaster III seems to be capable of inducing more green points to the camouflage, sans compromise. It happens to be the first aircraft to be powered up by a mixture of biofuel and JP-8. The aircraft has been certified for use of hydro processed blended biofuels, known as hydro-treated renewable jet fuel (HRJ). It works with combinations of 50% HRJ and 50% biofuels as well as 50% HRJ and 25% portions of HRJ and synthetic paraffinic kerosene fuel, each.

The military have made it clear that this new blend will not mean a compromise on performance in any case. It seems to have gone down well with some, but there are condemnations from the navy, still.
[Dailytech]