Bill Gates has stepped into a new frontier that’s beyond computers, software and everything that he is known for. This time, it’s a Plasma Injector that consists of an electromagnetic engine that “converts mechanical energy of a piston to and from electrical energy during each piston cycle.” There are ten inventors who have been listed in the filing of the patent, including Bill Gates. A patent for the Plasma Injector was originally filed in October 2007. For those who are concerned with the mechanism of the injector, the electromagnetic engine has been defined as an “engine [that] includes a cylinder having a two pistons slidably disposed therein, a port arranged to admit a reactant into the cylinder between the two pistons, and a converter operable with at least one piston to convert mechanical energy of the piston to electrical energy.”

The Plasma Injector now opens new windows to automobiles that run on rechargeable batteries. We must make a note of how well Bill Gates manages to get things done his way, which eventually end up adding more comfort to our daily lives. 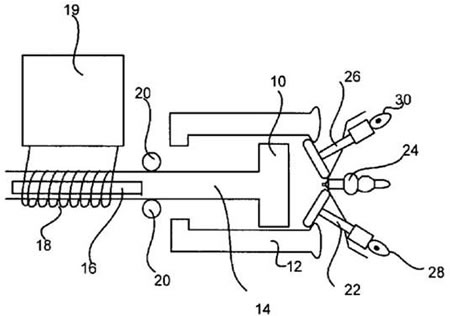