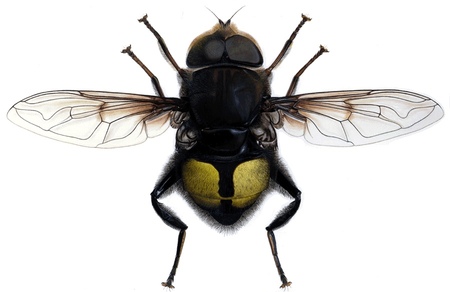 Bill Gates’ flower fly (Eristalis gatesi) is a flower fly found only in the Costa Rican forest. It was named after Bill Gates for his contributions to dipterology.
(Check Paul Allen’s fly after the jump)

Paul Allen’s flower fly (Eristalis alleni) is a flower fly also found only in Costa Rican forests. It is named after the Microsoft co-founder for his contributions to dipterology.
Related – Bill Gates a Nightclub in Sarajevo
Thanks Hugo