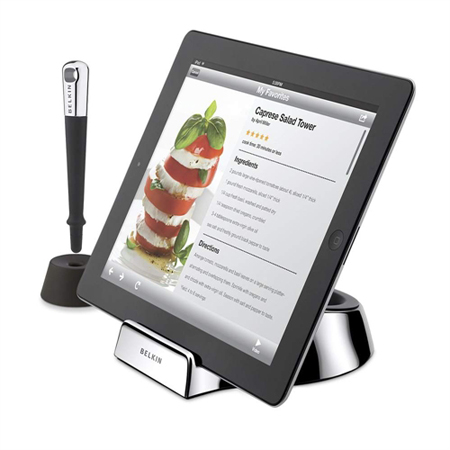 Belkin knows how to fit your iPad into your kitchen

It may be true that you’ve run out of possible usable options for you iPad. That’s where Belkin urge you to seek reason as the iPad isn’t really meant only for the actions that tablets were originally built for. In fact, it now adds up as a kitchen accessory. There were a total of three applications that the guys of Belkin could think of, for the iPad. Starting off is the Chef Stand and Stylus combo that makes it possible to operate the tablet without messing things up, next is a fridge mount that helps enlist your grocery inventory and finally a kitchen cabinet mount to keep you connected at all times. All these uses of the Belkin trio will cost you some bit.