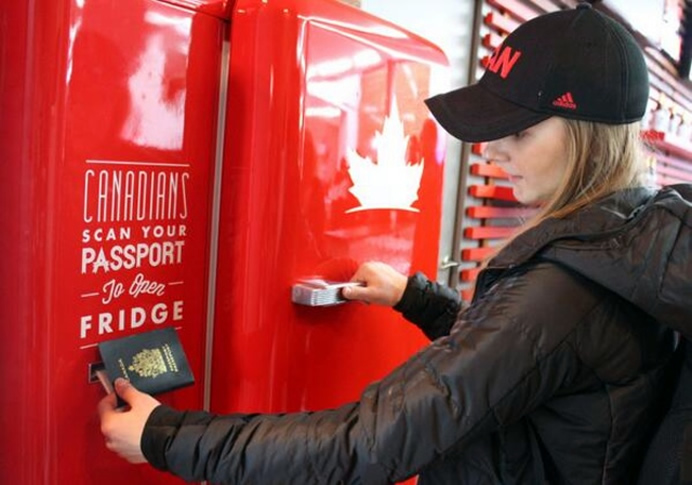 Beer fridge at Winter Games opens only with Canadian passports

If you’re from Canada you are blessed with the birthright of consuming a Molson beer. It’s not the first time we are hearing about this but well, that magic fridge seems to have made a reappearance at the 22nd Winter Olympics in Sochi. The refrigerator houses lots of free beer but the only ones who can access and gulp these downs are those who have Canadian passports with them. The special slot located near the door requests users to place their passports in it. A smart technology in the fridge uses a camera to verify passport scans, according to Time.


Molson ran a similar campaign in a number of cities across Europe, last year. The fridge at Sochi is located at Canada’s Olympic House, which houses Canadian athletes and their near and dear ones.