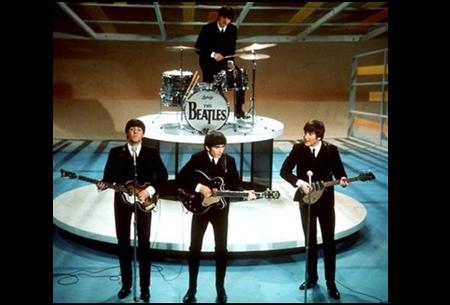 Beatles music to feature in a new game

Did you know that you cannot buy soundtracks of the Beatles from iTunes, even though the company that holds the rights to their music is called Apple Corp. Which also begs the question what came first was it Steve Job’s Mac and iPhone making Apple, or the Beatles Company called Apple Corp? Anyways if you thought the Beatles were going to be lost in history, think again. The legendary group’s music will be featured in the lucrative video game market in a deal with MTV Games and Harmonix, creators of the “Rock Band” series. The project is collaboration between Apple Corps, MTV Networks, and Harmonix, the game developer. While Apple Corps cited MTV’s involvement and Rock Band’s full-band game-play as major factors in their decision, finances will also have contributed. Jones hinted at an unusual licensing deal being inked for the game, with each party owning a “piece” of the project.

The surviving members of the Beatles, Paul McCartney and Ringo Starr, will be involved in the game’s creative planning, as will Beatles widows Yoko Ono and Olivia Harrison. The game is scheduled to make its debut sometime next year, according to a statement Thursday.
Via