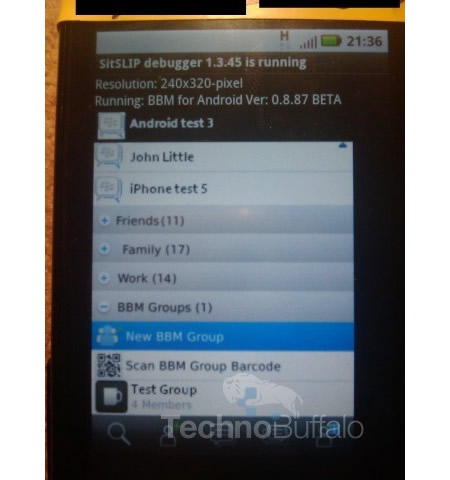 RIM’s financials and future are anything but promising. Marketshare is steadily dropping and the company is drawing on the last straw by licensing its BBM application on the iOS and Android devices.
A source on Wednesday sent us several new images of BBM for Android version 0.8.87 running SitSLIP debugger 1.3.45 on a device with a 320 x 240-pixel resolution display, the same used in the HTC Wildfire. We’re told that RIM plans to include BBM for Android and iOS in its Mobile Fusion package also, which was introduced last year for enterprise users.