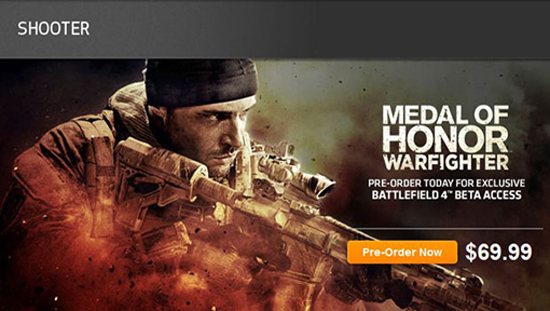 Electronic Arts have given fan boys a lot to rave about with the announcement of Battlefield 4. A tweet by Dan Sheridan from EA said, “Pre-order Warfighter and get access to #BF4Beta”. There’s also been a fair exposure to a video that has enlightened many on the multi-player features of the new rendition of the highly acclaimed Medal of Honor series. So, the criterion is that you order MoH Warfighter and you gain exclusive access to the Beta version of Battlefield 4. The latter will arrive by 2013 but MoH will be available by October 26th, in the UK.