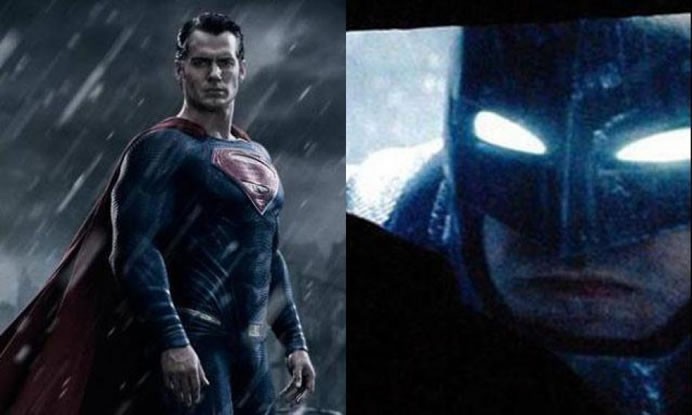 Zack Snyder’s much awaited Batman vs Superman: Dawn of Justice trailer officially went public (a little after the bootleg made the rounds of course) and seems to have found a way to have moviegoers and fans on opposite sides if neutral. For one thing, we expected so much more rather than a merely ominous set of dialogues intertwining to tell us that the world is not all that happy with Superman being a part of it. Sure scripts are very essential and important to any great movie, but for a trailer to be absolutely effective there needs to be a bit more. And those were some great lines, but not ones we haven’t heard before. One dialogue which is clearly Eisenberg as Luthor, talks of how Devil’s don’t come from the deep but from the sky.

So Aside from random images of the city and other things that we can’t really piece together and a defaced statue of Superman with the word’s “False God’ painted across the chest, clearly something that’s been adapted from Mark Waid and Alex Ross’ Elseworlds story of Kingdom Come, the scenes are all over the place and subject to a lot of interpretation and speculation. There was no mention of or scenes, snippets etc showing Gal Gadot as the movie’s Wonder Woman. A rear view of the Batmobile pops up for a bit and a scene with Batman holding a rather large rifle of some kind as well. A sullen dialogue from Alfred with Affleck as Bruce Wayne on screen (Jeremy Irons) also makes the cut but doesn’t excite.

Now for a real spoiler, so don’t read this if you haven’t seen the trailer already, the only exciting part about this whole trailer/teaser or whatever you want to call is the very face-off between DC’s big guns as shown in the initial micro-teaser that was shown at SDCC. But this time there’s a dialogue attached … and thanks largely to the truly awesome talents of Frank Miller, who happens to be a consultant for the movie, the line is not just epic, but is a real sign of what kind of battle we can expect…. well what we can hope for at least. Batman’s voice isn’t the ridiculous ‘spraying-while-saying it’ style as Nola’s last iteration of the hero, it’s more like the Arrow’s voice modulator which makes so much more sense and sounds menacing enough to scare even the Man of Steel. Here’s the official first trailer in all its glory.

At the end of the day, this was clearly a teaser for Superman and we’re hoping the next couple of trailers that make it out over the coming months will be more character focused. We know there’s quite a bit of anticipation to see just how Wonder Woman looks on-screen along with the other characters like Aquaman (fingers crossed) and any other heroes or villains that would be part of this story arc.