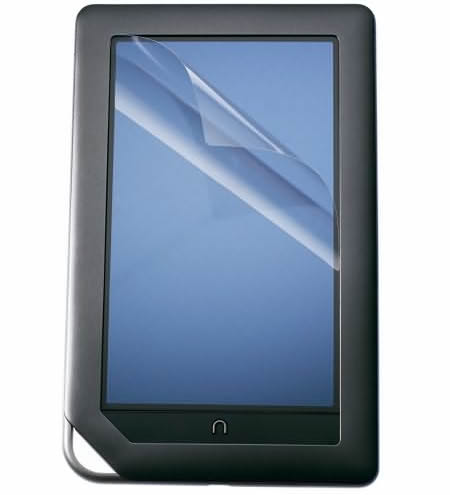 It seems that Barnes & Nobel are planning on launching their next-gen e-book reader which hasn’t been officially announced yet but leaked news has dubbed it the Nook Color. It’s supposed to be an Android running tablet-like device with a touchscreen. There’s no other information about this device other than that and that it could be priced at about $249. The only reason this device came to be known of is thanks to a tip talking about a Nook Color Screen Film Kit accessory that was on a product page of the Barnes & Noble’s Web site.
[Cnet]