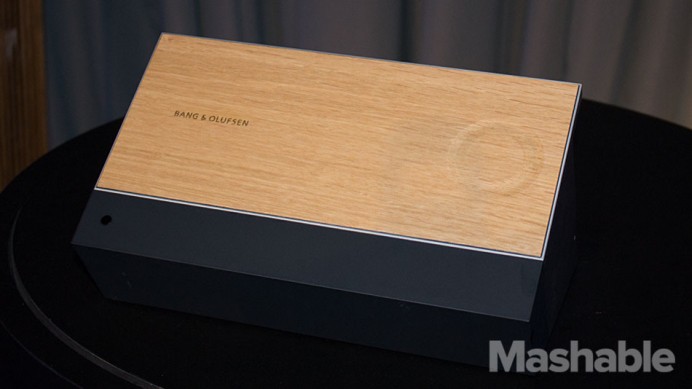 Denmark’s Bang & Olufsen have done it again! They’ve designed and aim to deliver an all new ‘music box’ that not only looks as sharp as any of their previous offerings, but goes a step ahead in innovation. The BeoSound Moment, featured at CES 2015, fuses touch-sensitivity and capacitive touch with the elegance of a real Oak wood finish. 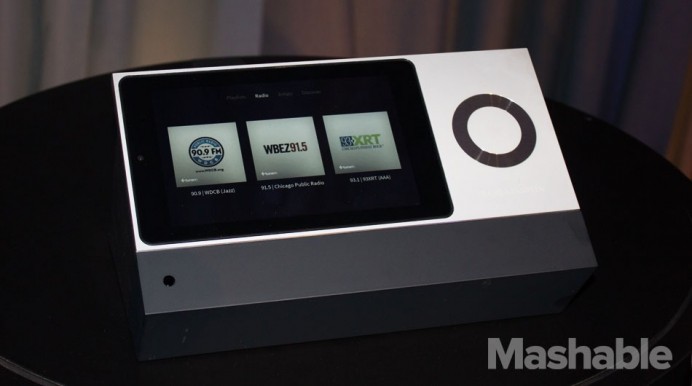 The ‘portable’ part of the unit is more of a tablet in design that sits atop a very trendy looking tilted dock. It can be placed on the docking station with the wooden panel facing out. On this side, you’ll find the Bang & Olufsen logo embedded neatly into the wood and a touch-sensitive dial in the form of a depressed circular ring next to it. The dial, that features about 12 spatially distributed sensor pads, behind the oak-wood panel, can be used to control the volume and play or pause audio, much like the jog dial on a classic iPod. The fact that this is capable on a wooden surface is the true innovation here. 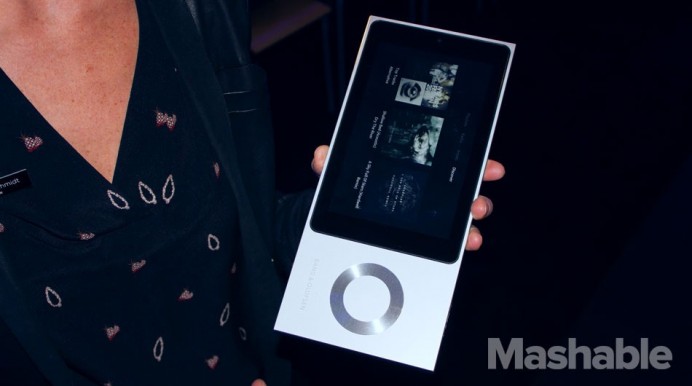 Flip the panel over and you’ve got an elegant looking touchscreen display (7 inches) and a corresponding silver jog dial to the one on the wooden surface. From this side too you can control your media in a more visual manner of course using the UI that showcases scrolling album art and such. It has the ability to connect and stream music from a variety of Internet radio stations (70,000). It also features an auxiliary input for hooking up your own media device/phone as well as Bluetooth connectivity for wire-free streaming from your smart device. 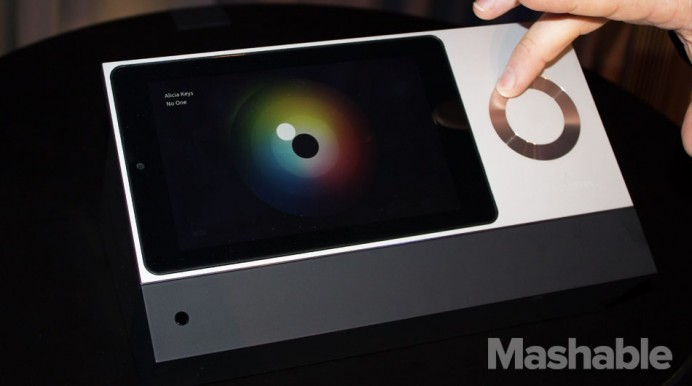 Now here’s the weird part – the BeoSound Moment would look fantastic on a table in the corner of your den or on your desk especially, if it was with the wooden side up on the nifty looking dock. You even have limited control of the music from this end. But this would only make sense if you were streaming music from a device. If not, you’d have to flip the device over to access the touchscreen panel to change settings, options or tracks (unless a full function remote is included, and so far, there’s no mention of it). I don’t quite see the point of having to decide whether I want style or functionality, but can’t necessarily have both.

Another feature of the BeoSound Moment is the MoodWheel playing system that lets you play a track (starting at the center) and let the system continue to choose music based on the tempo or the “mood” which is visually represented with a color on the wheel. While the music continues towards the edge of the color dial the player will not only select music from your own collect but will continue to choose music from online sources as well, sticking to the same ‘mood’. It’s where high end audio meets intuitive functionality and the motif of ‘Play and walk away’. However, Samsung has already been using something similar in their Android TouchWiz music players, called Music Square, for at least a year now. So this isn’t exactly brand new technology.

The BeoSound Moment will be available at Bang & Olufsen stores from January 30 for about $2,795.