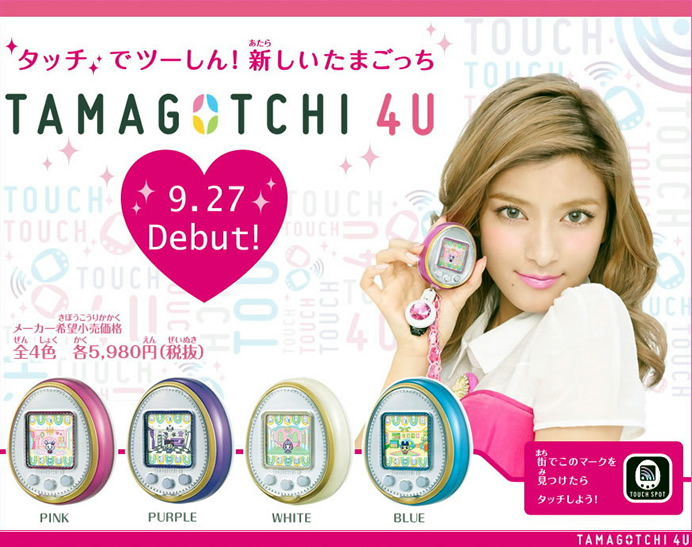 Some of us love pets and there’s no denying the fact that animals, birds and fish can keep you good company. Then again, there are a few of us what like pets that are anything but real, or simply put, virtual pets! Those familiar with Japan’s obsessions will probably know what a Tamagotchi is. For those who don’t however, here’s a brief introduction to the magical world of Tamagotchi. These little egg-shaped toys are virtual pets with a mini-computer and need you to care and love them! Introduced by Bandai in 1996, about 76 million Tamagotchis were sold worldwide by 2010! And now, Bandai has come up with yet another version of this iconic toy, a tech-packed device called the Tamagotchi 4U!

Scheduled to be released in September later this year, the Tamagotchi 4U is a revolutionary addition to the line of Bandai devices, given the fact that it’ll be NFC enabled! Will this allow the new Tamagotchi to connect with other Tamagotchis of its kind? Will the NFC technology sprinkled into this one help the virtual pet react to its surroundings? We’d like to know! In the meantime, we’re going to go pull out our old Tamagotchi and begin a new pet life!