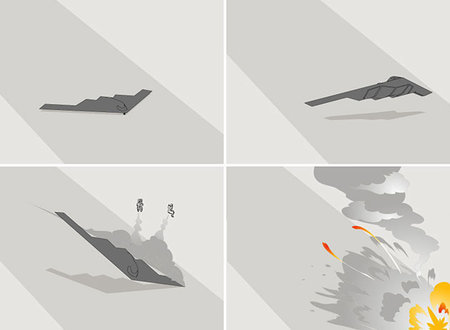 Popular Mechanics has obtained photos of the ill-fated B-2 Stealth which crashed in February at Andersen Air Force base in Guam. The pilots managed to eject safely before this $1.2 billion plane crashed, the white spray seen in the photos is fire suppression foam.
(More images after the jump) 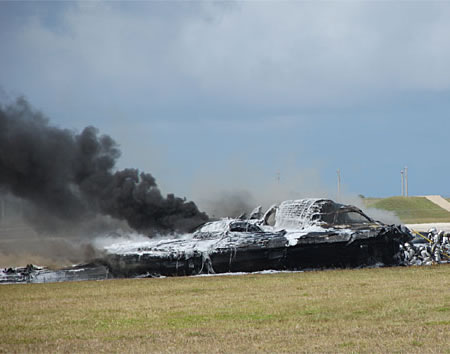 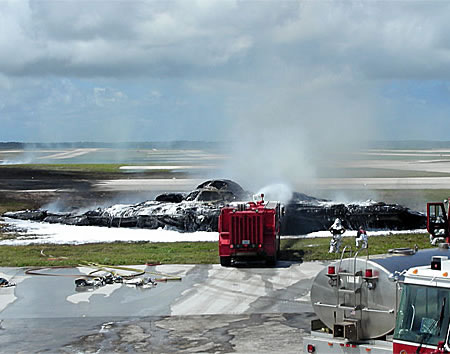 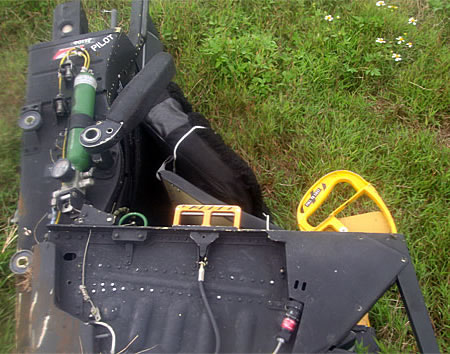 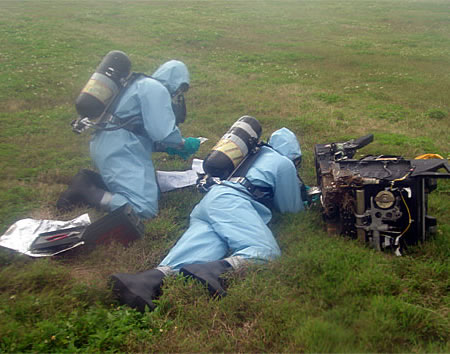 9:29 am /// Waterlogged /// During a preflight check, the pilot notices three air data sensors are malfunctioning. Unknown to the crew, water in the sensors is skewing the air-pressure readings too high.
9:34 am /// Recalibration /// A ground crewman, using a cockpit keyboard, recalibrates the three waterlogged sensors. The preflight checks continue, and the B-2 taxis to runway Zero-Six-Right (above, top left).
10:29 am /// Boiling Sensors /// Before takeoff, the pilot turns on the sensors’ heaters. Water in the sensors evaporates; the readings are now normal, but the earlier fix skews air-pressure data too low.
10:30:12 am /// Slow Start /// The B-2 starts takeoff. The on-board flight computer displays the wrong airspeed, causing the pilot to lift off at 133 knots (153 mph) rather than the required 145 knots.
10:30:50 am /// Auto Override /// The flight computer, relying on bad air-pressure readings, concludes the aircraft is in a nose-low altitude and automatically raises the nose to 30 degrees (top right).
10:31:06 am /// Fiery Ending /// The B-2, going too slowly, with its nose angled too high, stalls. As the airplane’s wing scrapes the runway (bottom left), the pilot and commander safely eject. The B-2 crashes (bottom right).
Source