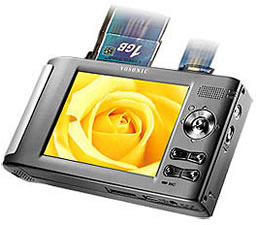 From Axes corp Japan comes a PMP for all you media buffs who manage to fill in a 60GB iPod video. The VP8360-B/100 has a staggering 100GB of storage space and a 3.5 inch TFT LCD supporting a resolution of 320 x 240 pixels. It supports playback of the following video formats AVI, MOV, MPEG-1 and MPEG-4. In addition to this it also supports Video recording via the microphone and line in terminal. The following audio formats are supported MP3, WMA, AAC and WAV. Other than a PMP it also functions as a photo storage device and is compatible with Compact Flash, Memory Stick Pro/Duo/Pro Duo, SD card, Mini SD cards, MMC and Micro drives. Once you have copied the file to the hard drive you can transfer it to the memory card. The VP8360-B/100 also has a FM tuner with recording functionality. 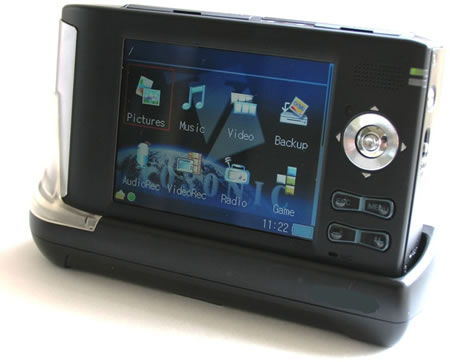 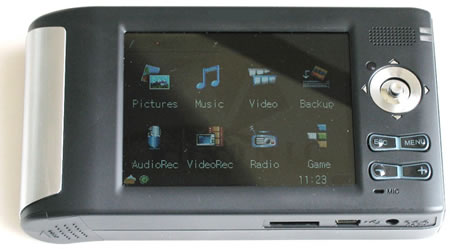