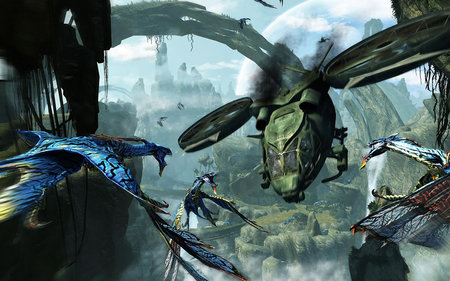 Avatar could go 3D on special edition Blu-ray in November, is it worth the wait?

Avatar is a favorite at this year’s Oscars and James Cameron has been nominated once again for Best Director, a title I’m sure he’s going to win. The standard DVD and Blu-ray discs are officially set to be released later this year in April, on the 22nd to be more accurate. But if I were you I’d hold off for awhile till much later as it’s possible a special edition Blu-ray is due out in November. Why is it special? Well it’s the 3D version. CES has already shown us that this is the year of 3D technology and 3D TV’s will be making their home debut really soon. So for a much better viewing experience of the blockbuster, you’ll have to be patient, unless you can afford having two copies.
[Slashgear]