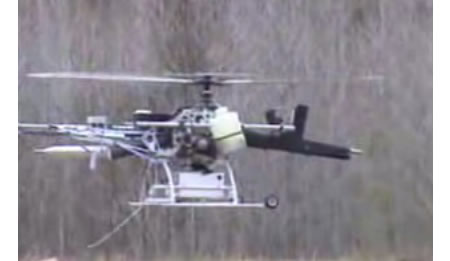 The AutoCopter Gunship is a combo of a helicopter and a gun that works in conjunction with each other. Neural Robotics manufactures this self-stabilized unmanned mini-copter. The AutoCopter uses patented “intelligent neural network-based flight control algorithms” for automated flight control, thus it’s very easy to fly one and most difficult to crash it. The gun fires four 12-gauge rounds in Operator-Directed Mode. The flight computer fully controls the helicopter. The copter is armed with an Auto Assault-12 Full-Auto Shotgun by Military Police Systems, an innovative double-ought dispenser. The landing of the copter in the video is pretty awesome. Do check it out.

Out of Piney Flats, Tenn., the AA-12 utilizes a system that reduces recoil by 90 percent, thus the helicopter doesn’t go into an instant tailspin the second the gun is fired. Rate of fire is reportedly 300 rounds per minute out a 20-round drum. 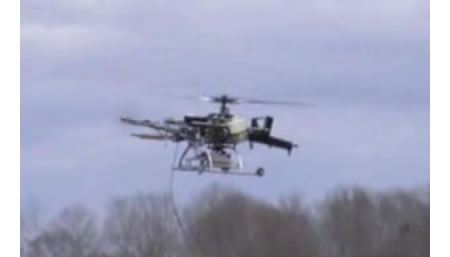