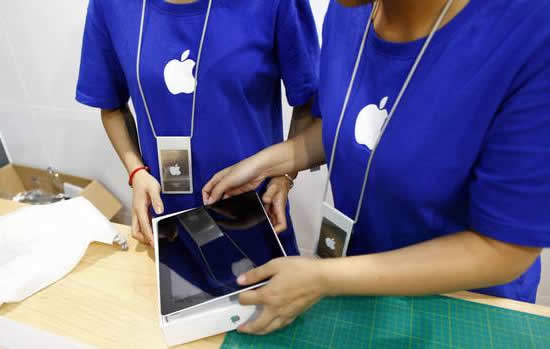 Chinese counterfeits are among the most authentic fakes you will ever find. They’ve doubled up their talent by coming up with an army fake Apple stores that replicate the originals so well, that even the staff they hire aren’t aware. The stores basically function without a license from Apple. Kumming is the hub of such activity. The dexterous disguise is so efficient that the stores not only look like real Apple Stores but the staff wear the uniform too.


One report also states that the staff were fooled into believing that they were working in original Apple stores. Now there’s a scar on the bio-data. The shops have been told to stop using the Apple logos as it is against law and the Kumming police are now on a more vigilant spree.