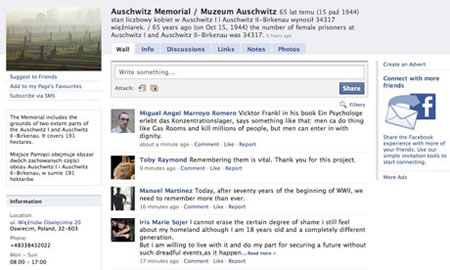 The horrors of the holocaust are more than just a history lesson or a museum info-graphic. As history sees it, there hasn’t been something of that magnitude to touch the earth with such malice, and thankfully so. However, everything you wanted to know about the torture chamber called Auschwitz is now available on Facebook. The police in charge of the site and the museum have found a novel way to reach out to youngsters who would like to know more about the place, and cannot visit it. The Facebook page has news articles, YouTube video links and a discussion board. Auschwitz claimed the lives of several people, from whom, 90% were Jews. There are still scores of survivors who tell horrific tales of the torture in Hitler’s regime.
[BBC]