Aurora from Intel to be the First U.S. supercomputer to hit One exaFLOP

Intel and the U.S. Department of Energy (DOE) will deliver the first supercomputer with a performance of one exaFLOP in the United States. The system being developed at DOE’s Argonne National Laboratory in Chicago, named “Aurora,” will be used to dramatically advance scientific research and discovery. The Aurora system’s exaFLOP of performance – equal to a “quintillion” floating point computations per second – combined with an ability to handle both traditional high-performance computing (HPC) and artificial intelligence (AI) will give researchers an unprecedented set of tools to address scientific problems at exascale.


These breakthrough research projects range from developing extreme-scale cosmological simulations, discovering new approaches for drug response prediction and discovering materials for the creation of more efficient organic solar cells. The Aurora system will foster new scientific innovation and usher in new technological capabilities, furthering the United States’ scientific leadership position globally. Aurora and the next generation of exascale supercomputers will apply HPC and AI technologies to areas such as cancer research, climate modeling and veterans’ health treatments. The contract is valued at more than $500 million and will be delivered to Argonne National Laboratory by Intel and sub-contractor Cray Inc. 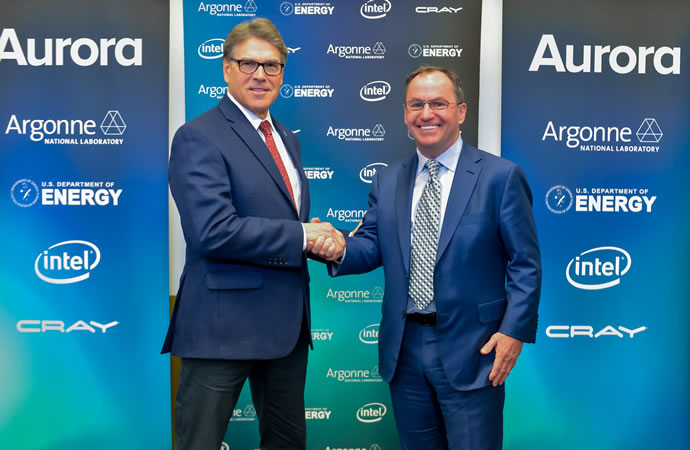