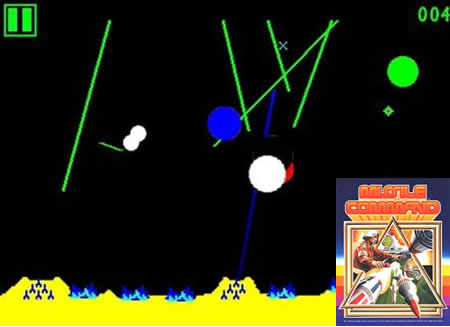 The ‘games to movie’ craze is still going strong but it seems like movie makers are getting a bit desperate. Missile Command, an old classic from the 1980’s Atari age, is on the verge of being sold to 20th Century Fox and another movie production company to be made into a possible live action movie. If you’re expecting a rich story line, well that all depends on the writers as the gameplay story is obviously pretty straight forward, destroy all enemy missiles from destroying your cities. So we could expect a simple plot, then again Hollywood doesn’t worth like that, hopefully at least some details will remain consistent, although it seems a bit doubtful. Let’s wait and see.
[CrunchGear]