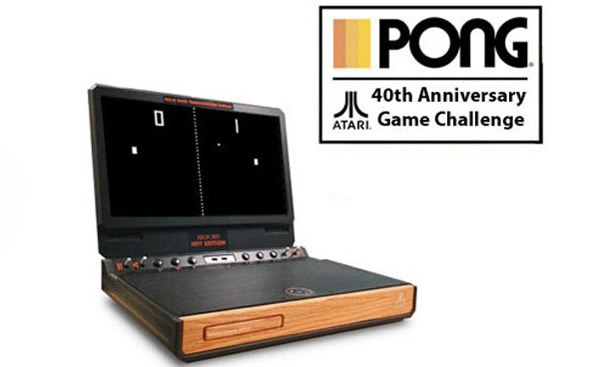 Atari have been among the earliest entrants into the world of video gaming. Their Pong title has managed to remain in our memory and still impress us, 40 years from its conception. To honor this mighty feat the company has introduced “the first-ever official new Pong game on iOS“. So Apple users, with their high-graphic utilizing games can now use the same to relive the addiction of yesteryear. The game is available for free and compatible with the iPhone/iPad/iPod Touch.


If you’re deeper into the Atari Pong mode then do dig the Xbox 360 that can be found on the company’s Facebook page. with it, you get a custom LCD screen attached to a modded Xbox 360. How cool is that?