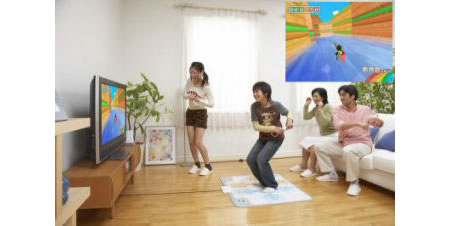 Atari wants a piece of the Wii pie

Atari is all set to launch a Wii competing game called Family trainer. Its in response to the immense popularity that the Wii has gained over its announcement of the Wii Fit, which isn’t even out yet. Atari’s game uses an interactive mat instead of the Nintendo Wii Fit’s balance board. However Atari’s own game the Family Ski is to be compliant with the Wii board.

The series of game do not enthuse us considering they are all named rather dull as Family Trainer, river rafting, mine carting, log jumping, rope skipping, and much more. Family Trainer isn’t scheduled for release until September. Lets hope that they re-think their line of games before they go all out.
Source