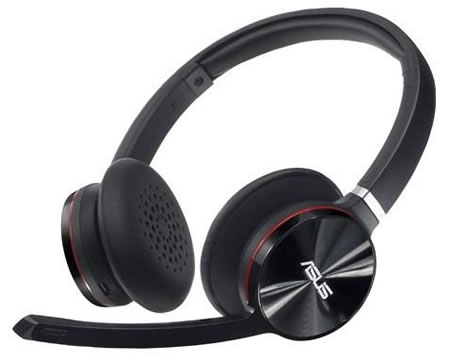 With USB3.0 in the gizmo circuit, everyone wants to make it the next best thing to wireless. And so it is. Asus have payed their homage by releasing two devices that take the route of USB. Starting it is the MS-100 USB speaker that adopts a cone design and large 54mm drivers to pump out 93dB with under 3 per cent distortion, resulting is clearer peaks. Next up is the HS-W1 2.4GHz wireless USB headset with large 70mm leather earpads. You do not look like an elephant in them, instead, you are treated to good sound with the 40mm drivers.

Pricing and availability is yet to be announced. Till then we have to bear with the 10m barrier that Bluetooth has built for us.
[Slashgear]