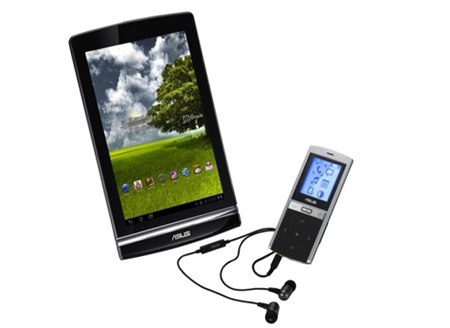 Computex 2011 has given us some insightful dope on some tablets that had gathered plenty dope over the last few months. Among the many firsts we also got some cool coverage on what the Asus 3D tablet would be like. Firstly, it’s glassless and secondly, it has a name as cool as MeMo. The tablet will be an extension of the famed Eee Pad line of tablets. It is expected to be feature packed from another source. However what is confirmed is that the MeMo will have Bluetooth connectivity and will be powered by the currently in-vogue Android Honeycomb operating system.

That’s just about enough of what we could get of the glassless 3D tablet. No word on release or projected price as yet.
Gizmodo