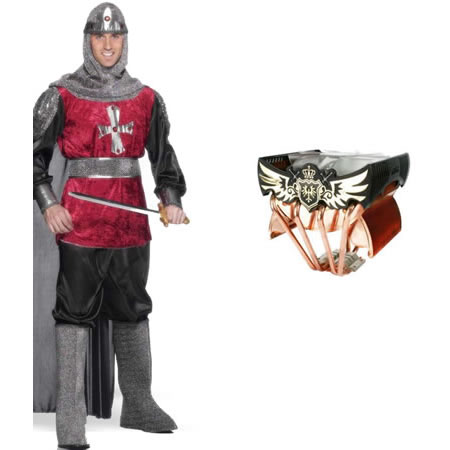 Asus today unleashed the second variant in its all copper-made CPU cooler range – the Asus Royal Knight. Keeping in line with its predecessor’s effective cooling methods, the Royal Knight retains an all-copper buildup and utilizes 6 heat pipes to maintain low CPU temperatures for maximum stability. The latest Asus Royal Knight presents itself in a retro-chic British Chevalier stylized outlook – integrating a crown, a coat of arms and an eagle that embraces the core spirit of the Knight Series. With the most advanced thermal solution to support impressive overclocking capabilities, coupled with such fine aesthetics, the stunning Royal Knight is truly a crowd pleaser in terms of looks and performance.
Via – PCLaunches