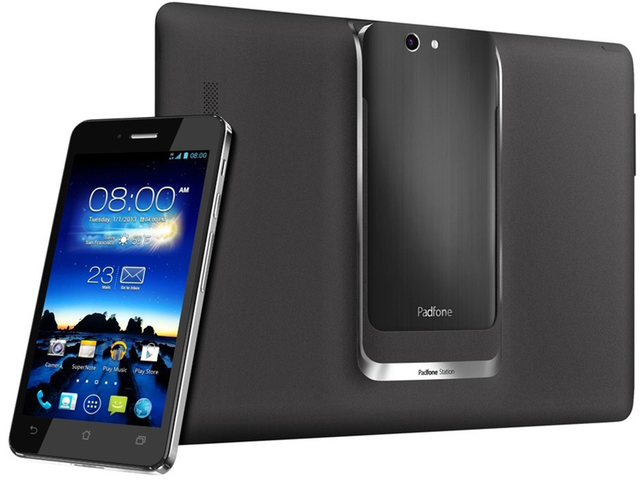 Asus confirmed it would come out with a smaller version of its PadFone in September this year. It has started sending out invitation for an event in Taiwan on the 11th December where it’ll unveil the PadFone mini along with other latest products. While the device was spotted for a brief moment by Engadget at a Global Certification Forum (GSF) listing which revealed some of the specifications, serial leaker @evleaks has published press shots of the purported device on its official twitter account. The leaked press-render which also shows the smartphone docking station suggests that the smartphone would slide into the tablet dock in portrait mode.

As per rumors and leaked information, the Asus PadFone mini will come with a 4.3-inch display with qHD (540×960) resolution, while the tablet dock is likely to come with 7-inch display with HD (720p) display. The device looks quite good but rather disappointingly has very mediocre specifications. It is said to be powered by Qualcomm Snapdragon 400 processor and only has 3G compatibility. It will feature Android 4.3 out of the box. There is no word on pricing and availability as of yet.