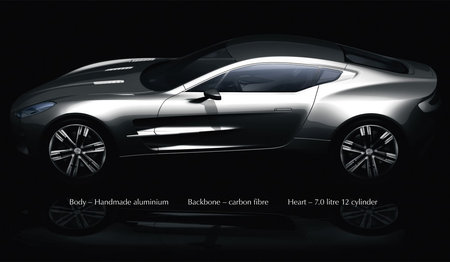 Aston Martin One-77 yours for just $2 million

Powered by an awesome 7 liter V12 engine, Aston Martin’s next big thing, the One-77, enters the ring with all its might and speed. The chassis is made of aluminum and carbon fiber and it can climb from speed 0 to 60 in a matter of 3.5 seconds. What can better the specs of a car that’s got the grace and glamour mixed with stunning speed. The maximum speed that the car can scale up to is 200 mph. You can soon expect the car to cruise the streets of London and in a while welcome it home to the US.

The car is the first from its makers after the Ford investors took over the brand. It is part of the collaborative move between Mercedes Benz and Aston. Sometime at the end of the year, we can expect a release of the same. Till then, keep waiting.
Via – Luxurylaunches