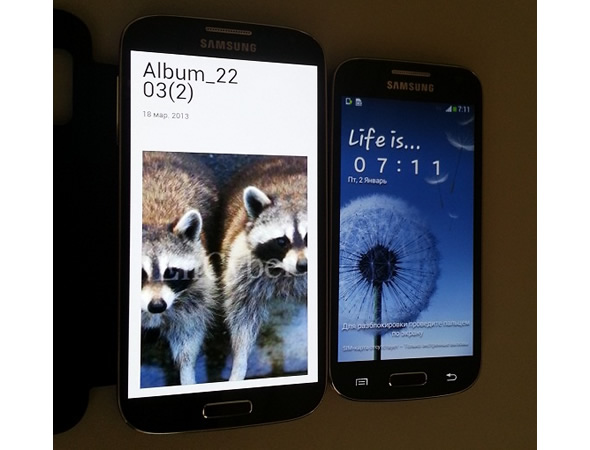 As promised, the Samsung Galaxy S4 Mini could go official this week!

We’re still vary with every bit of news, hovering around, scrutinizing it and scanning it to make sure it’s not a Fool’s Day gimmick. But when one speaks of the Galaxy S4 Mini arriving so soon after the flagship phone, our ears are all perked up in attention. What is most likely a smaller Samsung Galaxy S4 phone, the device’s arrival isn’t exactly a surprise to us all. In line with projections, the Korean company is set to deliver just what it promised. The Samsung Galaxy S4 Mini is most likely to come with a 4.3 inch Super AMOLED display with 960 x 540 pixels resolution, an 8-megapixel camera, a front-facing camera for video calls, microSD card support, and Android 4.2 Jelly Bean with TouchWiz Nature UX. The regular, single-SIM card supporting version will be tagged as the GT- i9190. It is slated to have quad-core processor. The second, however, is the GT-i9192 and it will arrive with a dual-SIM variant. There’s also word about a certain GT-i9195, which is supposed to come with LTE and finally the GT-i9195 TD-SCDMA variant for China.


There is no word on the pricing of the Galaxy S4 Mini. However, we’re more eager to know what the folks at Samsung would have to say about this