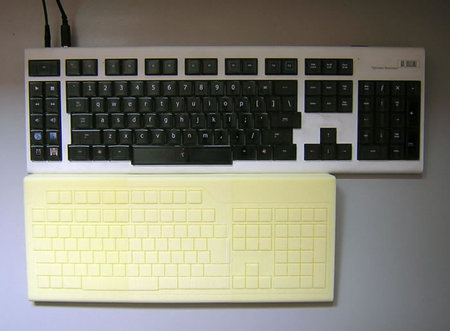 Art Lebedev’s “Popularis” Optimus Keyboard To Be Priced Under $1000

Art Lebedev is expanding the Optimus keyboard family with the “Optimus Popularis.” Sketchy details are out but we do know that the new one will be shorter than the Maximus, and it will be sans OLED screens. It will be based on a “totally different principle” and is likely to retail under $1000. No release date has been announced.
Source