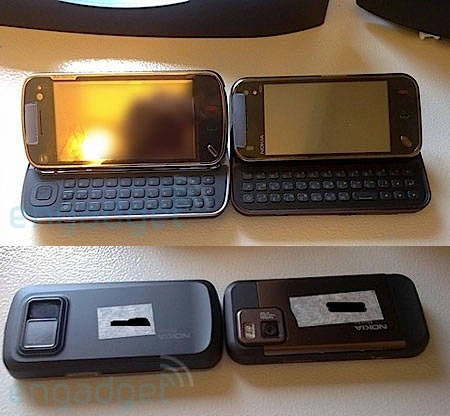 Are these Nokia N97 Mini pics for real?

Giving up on the idea of getting myself a Nokia N97 was just a vivid nightmare I wanted to avoid, in spite of the fear of spending my precious dollars on it. However, with the talk of the Mini version of the phone around, I, for some reason, need to give it a second thought. Rising above all the rumors of the Mini comes a couple of pictures of the new device that can well be the best option for those who are looking for the not-so-ultimate N-Series phone. It looks to be smaller in size though it maintains the same keypad and also misses the camera cover. It’s also got a bold color.

The Nokia N97 will surely make its presence felt if at all it isn’t fiction. However, with all the unnecessary space-hogging features compromised, I hope there aren’t too many loopholes left.
[Engadget]