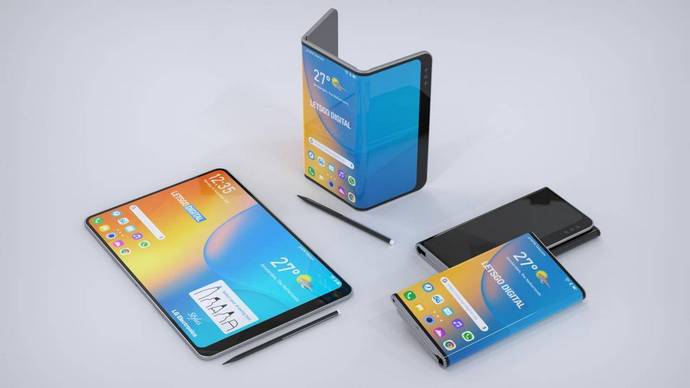 Are Dual Screens The Next Big Thing In Phones?

For much of the first twenty years of this century, all of the focus when it came to mobile phone innovation was on making things smaller. Every time a new phone came out, it was thinner and lighter than its predecessors. Cumbersome keyboards gave way to touch screens. Aerials disappeared and became internal. Buttons were relocated to the sides of handsets to make them less bulky. As a rule of thumb, the smaller and lighter your phone was, the more likely you were to find buyers.

In recent years we’ve begun to see a change in this trend. The smaller phones got, the more users complained that they couldn’t see clearly or touch accurately enough with their fingers on small screens, and so screens started to get bigger again. Phones are still very slim, but you’re now more likely to have a taller or wider screen than you had three or four years ago. As the jobs that phones are expected to do become more and more complicated, more screen space is required – and so we’ve started to see manufacturers attempting to address this problem in increasingly creative ways. One of them was the folding phone – but that didn’t go to plan.

Samsung pushed the ‘folding phone’ idea hard and thought they’d brought about the next stage of handset evolution when they released the ‘Galaxy Fold’ around a year ago. They touted it as the way that all phones would be designed in the future and slapped it with a $2000 price tag because they were sure that people would be willing to pay big money to get hold of a folding phone before all of their friends did. They were expecting to create as much buzz as Apple did with the first iPhone, but they were riding for a fall. The idea of the Galaxy Fold – along with folding phones in general – failed to catch on. It was an expensive disaster for the company, and by their own admission, they’ve had to go back to the drawing board with their design team.

Since the concept of the folding phone failed, most handset manufacturers have retreated to the ‘safe zone’ of making brick and slab-shaped devices, but it now seems that LG might be willing to put its neck on the line and revisit the idea of a phone with a screen that will split in two. This won’t be a folding phone, though. If the images that have leaked to the internet are accurate, it will be a ‘swivel’ phone, one that harks back to one of the 21st century’s most successful early designs. Before the year out, we might all be queuing up at stores to buy the device that the press is calling the LG Wing. 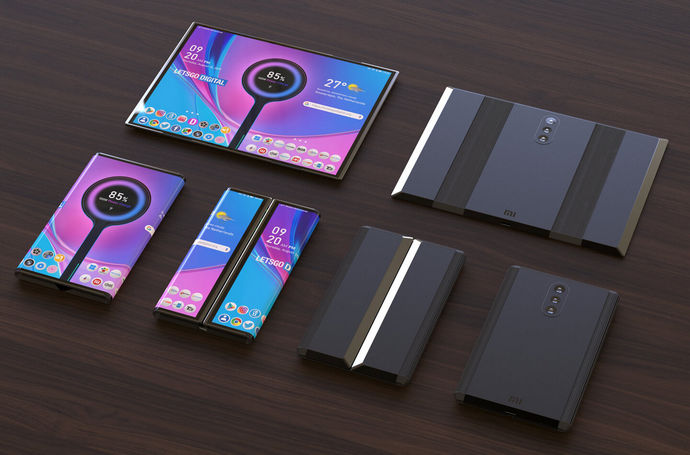 If you were around and buying phones in the early 2000s, you might remember a curiously-designed handset called the T-Mobile Sidekick. Rather than placing the phone’s keyboard below a small screen, the face of the Sidekick was all screen – the same way that most touchscreen phones are designed today. Back then, though, phones still needed a keyboard for operation because the touchscreen revolution hadn’t yet happened. To access the Sidekick’s keyboard, you twisted the screen horizontally to reveal a keyboard hiding beneath it. This is the design that’s being replicated with the LG Wing – but this time, rather than finding a keyboard hiding underneath the main screen, you’ll find a smaller second screen. That screen can be used to display a completely different app than whatever you have open on the main screen. It’s like having two monitors at work but in the palm of your hand.

Being able to work in this way would have several potential benefits. You might have one screen open for reference while you type a message on the second screen. You could have a photo open on the main screen while using options on the second screen to edit it. If the phone is real, it would be likely to be extremely popular with online slots players on the website. While not traditionally thought of as a significant factor in handset design, the online slots industry is worth billions of dollars each year and has increasingly been focused on making games available to players on mobile phones in recent years. There are millions of online slots players all over the world, and if they perceived the ability to have a game open on one screen with the controls on the other to be a convenience, they might be persuaded to buy the handset in big numbers.

While we’re waiting on LG to confirm that the ‘Wing’ is in development officially, the designs have clearly come from somewhere, and we’ve seen enough news outlets report on the phone’s development to believe that there’s something to the rumors. Aside from the images, we’ve also heard some rumors about pricing, and they’re encouraging. Samsung probably doomed themselves right from the outset with the folding phone because they priced the average user out of the market. The LG Wing is said to be headed for a late 2020 release with a price that’s closer to one thousand dollars – still expensive, but comparable to the flagship phones of most major manufacturers and not so expensive that the average customer would be put off the idea of buying.

It takes a bold company to break from the norm and try something different, and as most phones have looked the same for many years now, we’re glad to see somebody attempting to break the mold. We have no idea whether the Wing could catch on as a popular idea without having had the chance to test it or find out more about its features, but on design alone, it looks less cumbersome and more aesthetically-pleasing than the ill-fated folding phones of the past two years. LG might have hit on a winner here – or they might have put their money into an idea that’s destined to go nowhere. We’ll find out more when and if they confirm that the leaked images are theirs, and physical models of the phone are sent out to reviewers for testing.