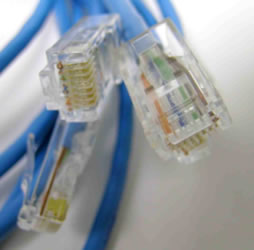 Japan working to replace the Internet

Japanese communications minister Yoshihide Suga said Friday that Japan will start research and development on technology for a new generation of network that would replace the Internet, eyeing bringing the technology into commercial use in 2020. Speaking to reporters in Brazil, where he is visiting, Suga said an organization will be set up as early as this fall with cooperation from businesses, academia and government offices for promoting the technology when the Internet is seen to be faced with increasing constraints in achieving higher throughputs of data as well as ensuring data security. The envisaged network is expected to ensure faster and more reliable data transmission, and have more resilience against computer virus attacks and breakdowns. The ministry is hoping Japan will take a lead in development of post-Internet technology and setting global standards, a move that ministry officials believe would help make Japanese companies competitive in the global market for hardware and software using such technology.

Suga also said he will set up a task force early next month to oversee the transition from analog to digital broadcasting in July 2011. The task force will request the electronics industry to produce and sell low-price converters to enable analog TVs to receive digital broadcasting programs within two years, the minister said. ”We will consider providing simplified converters to low-income households for free or distributing coupons to assist them to purchase such converters,” he said.
Via – Kyodo news