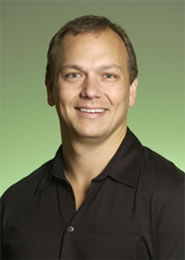 Apple has confirmed the news that iPod chief Tony Fadell will be stepping down from his post. Apparently he will continue as an advisor to CEO Steve Jobs. Former IBM executive Mark Papermaster will replace Fadell. Economic and election turmoil aside, this news comes as a tad contrary to the earlier rumors that said Mark would join in the chip designing division; a natural conclusion given his previous position at IBM. Tony Fadell is considered as one of the core founder of Apple’s iPod and has been a part of it since 2001, as the inaugural member of the iPod engineering team. It is being said that he is leaving for personal reasons, although Apple has not yet confirmed this part as yet.
Source