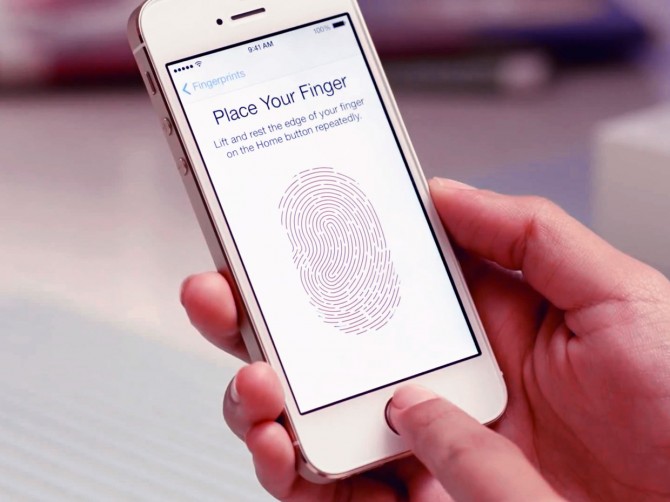 It’s not smooth sailing for Tim Cook whatsoever. Post the release of two new iPhones and iOS 7, Apple is facing unprecedented fierce attack from all quarters. Be it the plasticky design of the not-so-cheap iPhone 5C or the bugsy iOS 7 ridiculed for copying Android, things are not fine for the Paolo Alto based tech giant. And the jibes haven’t stopped yet. A group of German hackers calling themselves ‘Chaos Computer Club’ has claimed to break-into the TouchID fingerprint sensor – the most coveted feature introduced by Apple and claimed to be hacker-proof by Tim Cook himself.


It’s barely 2 days since the new iPhone 5S has hit the markets and this sucker punch could prove to be a big embarrassment for Apple. The group has posted a video demonstrating their claim and going by the video, it looks legit. The bypass of the biometric security is achieved by a rather cumbersome effort. The hacker group explained the whole process on their blog:

“First, the fingerprint of the enroled user is photographed with 2400 dpi resolution. The resulting image is then cleaned up, inverted and laser printed with 1200 dpi onto transparent sheet with a thick toner setting. Finally, pink latex milk or white woodglue is smeared into the pattern created by the toner onto the transparent sheet. After it cures, the thin latex sheet is lifted from the sheet, breathed on to make it a tiny bit moist and then placed onto the sensor to unlock the phone. This process has been used with minor refinements and variations against the vast majority of fingerprint sensors on the market.”

It’s an old trick that works on majority of fingerprint biometric sensors and the iPhone 5S is no different. We still believe it’s a nifty feature added to the new iPhone to make it a little more interesting – or rather a little different than other competitors — and that’s about it. It does reduce the need to dial in the security code every time so it isn’t all gimmicky but to expect it to be a top-notch CIA-grade security lock is asking for a little too much.