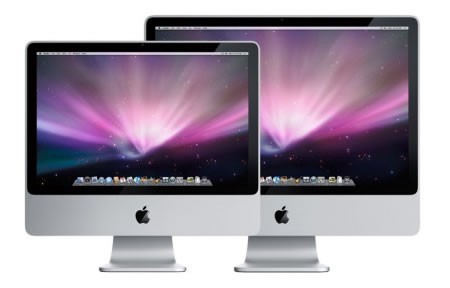 iMac is all set for a makeover from Apple. Apple upgrades its lowest end iMac with 2.4Ghz processor and with the top of the line reaches 3.06Ghz. All the CPUs are running at 1066Mhz Front-side bus and feature 6MB L2 cache. The iMac was previously updated in August 2007, It’s about time for Apple to bump its specs especially with Intel’s speedy roadmap. Many rumors claims Apple’s intention to release 30-inch iMac, that rumor is now squashed.