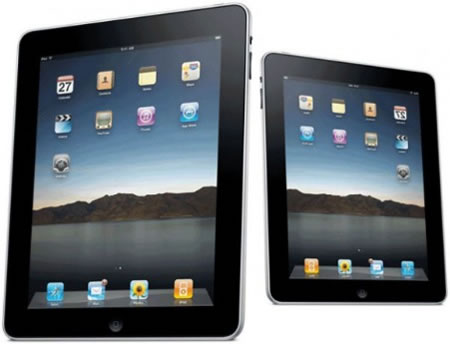 We’ve just sniffed up rumors of Apple’s plans to launch a 7.85-inch iPad in 2012. And if it really is true, Apple could create ripples in the tablet market with this new offering. Rumored to show up by the fourth quarter of the year 2012, 70% of the tablet shipments from a total of 60 million by the end of 2011 are expected to be iPads. Apple has been purchasing 7.85-inch panels from LG Display and AU Optronics (AUO) recently, which is why these rumors of a next-generation iPad have surfaced. However, Apple hasn’t confirmed it all yet, and if the next iPad does show up in the 7-inch category, it’ll have to face the competition the 7-inch Kindle Fire from Amazon and a bunch of other tablets hovering in the same category.