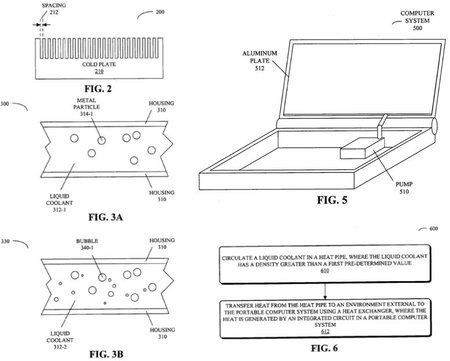 Every notebook maker has dealt with the common problem of overheating to frying a laptop user’s lap as they punch in the keystrokes, with different techniques. Apple wants to install liquid cooling technology on its MacBook range of notebooks. This news will surely make the gaming community take note, although the brand isn’t what comes first to mind when talking about games. Currently MacBooks use air-cooling, driven by internal fans; this is enough if you’re only interested in using email and chat, but if u want a serious number crunching machine then you sure will need a new cooling solution. A patent filing by Apple that specifically details liquid cooling systems for portable devices, such as laptop computers, cellular telephones, and personal digital assistants, has surfaced.

This isn’t the first time Apple has gone liquid, in the past, it has manufactured versions of the PowerMac G5 with intricate pipes and radiators inside, but abandoned them after a series of leaks in older systems proved problematic. Here’s to cooler laptops from the makers that made the PC cool in the first place. 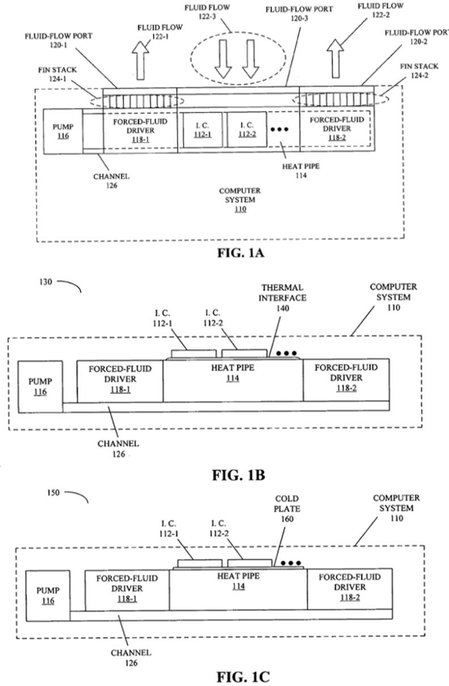 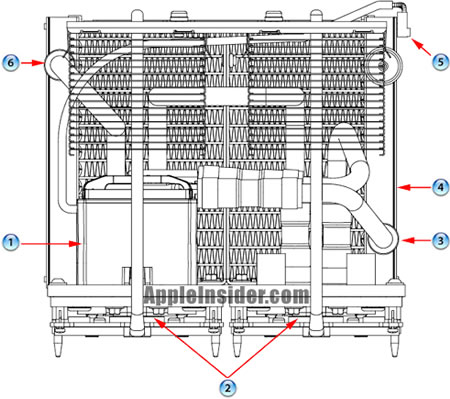