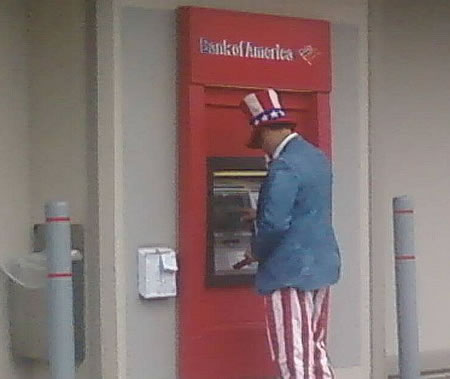 Apple has more cash reserves than US government as of today

First it was the great economic meltdown, tremors of which were felt largely across the world, and it’s the debt ceiling that speaks of trouble in USA as of today. The treasury department reported that US government had an operating cash balance of $73.8 billion at the end of the day on July 27. And just then, someone moved to Apple’s statistics and found that the last earning reported by the company showed $76.2 billion in cash and marketable securities. So the American tech giant seems to have more cash than world’s biggest economy at the moment. I think there couldn’t have been any other perfect example to highlight the gravity of the situation. God Bless America.