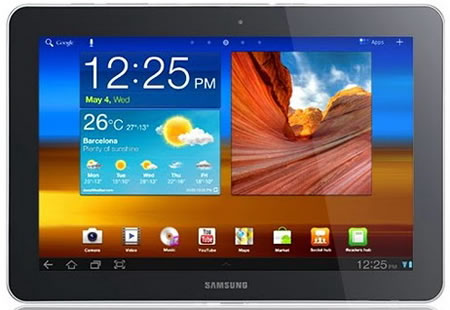 Apple and Samsung have sprung into a legal battle again. Besides the overflow of accusations, this one is hurting Australian fans of Samsung for they cannot have their hands on Galaxy Tab 10.1. the sales are going to be suspended until the legal dispute with Apple is resolved. Apple’s legal spokesperson claims that this new tablet from Samsung has infringed a minimum of 10 Apple patents with the touchscreen technology being the most obvious one. He also says that Samsung’s Galaxy products have, time and again, copied the authentic ‘look and feel’ of Apple’s flagship products. This, in turn, would hurt original and innovative products of Apple in the market.
Update- A recent update tells us that Samsung found a glitch in Apple’s complaint and it is going to unveil the tab very soon. The complaint speaks of various infringements which respect to the US variant of the tablet which is not due for release anytime soon. So Samsung is going to go ahead and continue to launch the tablet anyway.(Engadget)

So Apple went ahead and proposed that the Sydney court should prevent Samsung from selling its latest handsets and tablet computers, to which the Korean giant agreed, but on a condition that if the lawsuit is ruled in its favor Apple will have to compensate them. Apple and Samsung will face each other in Federal court on August 29. We’ll keep you posted on further developments on this one.
[Slashdot]