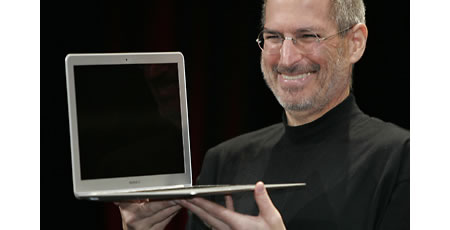 Apple Brick, the new lappie coming to town or is just the building process?

The wires are abuzz regarding Apple’s new iteration to be revealed next month. Many feel that codename Brick will be a new form of the Apple TV or an updated Mac Mini. Some suggest that “brick” refers the procedure of building the product and not the product itself. 9to5Mac.com say that the code name has to do with a manufacturing process for Apple’s MacBook and MacBook Pro lines of laptops. Apple Chief Financial Officer Peter Oppenheimer’s words “new product transition that I can’t talk about yet” could also mean that a notebook made from a solid brick of aluminum is being planned. The only inking to suggest a new product versus a method for constructing one is the patent filed in 2007. The patent was on a design for “enclosure parts that are structurally bonded together to form a singular composite structure.… That is particularly useful in portable computing devices such as laptop computers.”
Source