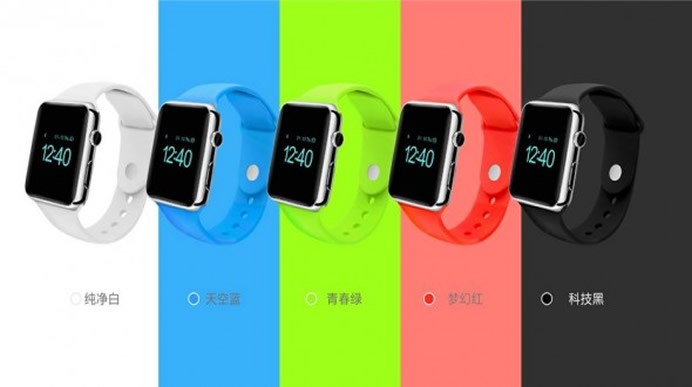 Most of the folk we asked told us that the best thing about the Apple Watch was its looks. Now, while you couldn’t ape every specification of the amazing watch, one thing you could do with can be the looks and that’s just what small-time manufacturers are settling for. The stores in question seem to be Chinese enterprises that do not mind sharing a shelf with a real Apple Watch and a fake one. While being a ‘homage’ may not trigger as much as a passing glance, Alibaba’s story of dealing with dubious goods has well taught us better. For instance, there’s the Taiwan Master D-watch that runs Android and does the job of mimicking the Apple Watch through looks if not application.

Then again, when we look a little deeper into the problem, we notice that some of the bootleg entities such as the DFYou Smart Bracelet offer 168 hours of battery life, as against the pittance 18 hours that Apple offers.